Why Checking Skills are so Valuable in Hockey

One of the Keys to Moving Up the Hockey Pyramid 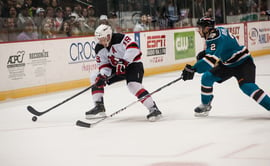 A number of years ago I attended a spring AAA Minor Bantam game featuring many excellent players.

It was, I knew, one of the very first “checking-allowed” games for both teams.

As a longtime AAA bantam coach, I was expecting to see players who were more than anxious to “hit” - but without a clue about how to properly “check.”

But instead I was very pleasantly surprised.

Why was I surprised?

I was surprised because in 40+ years of coaching, it was the first time I was able to watch such an “early” bantam game and say to myself:

“Okay, these players - from both teams - are getting it right and their peewee coaches definitely prepared them well for ‘check’ hockey.” 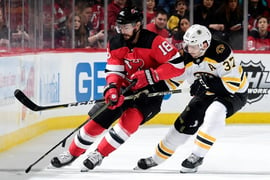 What is it about hockey anyway?

Hockey is the hardest sport to become even “bad” at.

Setting aside for now what it takes from the “thinking” side of the game, just look at all the challenging physical skills, each of which contains many sub-skills, that must be first learned and then mastered:

What about hockey’s checking skills?

Of ALL these skills, the least understood - and the least taught - are the checking skills.

There are two main reasons for this:

1) practice ice time for most teams is so limited that it’s hard to dedicate enough time to properly teach the checking skills; and

A positive development with USAH’s Coaching Education Programs has been an emphasis on teaching proper checking skills at the peewee and younger levels.

In addition, programs like 200 x 85’s upcoming Body Contact Clinics are an outstanding opportunity for young players to develop contact confidence while enhancing their checking skills.

Why is it so valuable to be an effective checker? 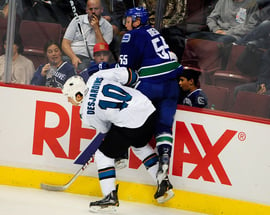 A player who knows how to check can: 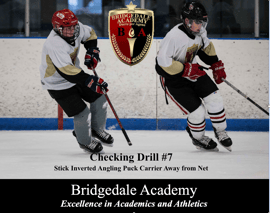 This is a particular area where USA Hockey's Coaching Education Program is doing a terrific job.

But more importantly, the players must learn and be able to execute the following skills and tactics:

And of course they must be able to execute these skills and tactics at game speed and, ideally, with balance and rhythm.

Checking in hockey should not be confused with hitting. The best checkers in the NHL are rarely big hitters.

A young player who develops outstanding checking skills will have a distinct advantage over those players who do not. He will have a much greater opportunity to move up the hockey pyramid to the higher levels of competition.

Enrollment for the 2021-22 school year at Bridgedale has already begun.

Bridgedale Academy is an all-boys school for athletes, a prep school for serious youth hockey players, offering grades 5 through 8 each school year. In addition to our winning combination of sports and academics, we focus on leadership training. We use a classical academic curriculum and our graduates go on to attend some of the most prestigious high schools in the country, including Lake Forest Academy, Culver Military Academy, Shattuck St. Mary’s, Northwood School, Benet Academy, Fenwick Prep, St. Ignatius Prep, Marmion Academy, St. Francis HS, Latin School and Providence Catholic. We pride ourselves on being the top youth hockey prep school in the nation. Our hockey successes are many: Twenty (20) of our former or current students have already received their NCAA Division 1 college hockey commitments, with many more sure to follow soon. Seven (7) of our grads have competed for USA Hockey’s National Team Development Program. Two (2) now compete for the University of Notre Dame. One just signed his entry-level contract with the NHL New York Islanders and another with the NHL Anaheim Ducks. Several other Bridgedale grads are now playing junior hockey, including in the USHL, the OHL and the NAHL.