Top 7 Things to Keep in Mind at AAA Tryouts

Many Reasons to Stay Positive

Advice from Coaches who Get it

A while back we interviewed head coaches from each of the four Illinois Tier 1 AAA organizations. The main question we asked was: what is the best advice they can offer to parents during AAA tryout season.

They said there were the 7 primary things to keep in mind.

As obvious as this is, it doesn’t always hit home. The reality is that too many parents will get way too wound up about things at this time of year, like it's THEIR self-esteem at issue in the process (or at least in the outcome). It's not. 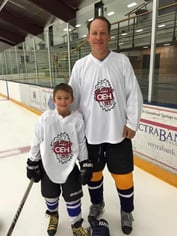 In fact, a parent being too “wound up” about the tryout can turn out to be a real negative. After all, if the parent is showing his unease and nervousness about the situation, then what sort of impact is that having on his or her child?

All 11- or 12-year olds look up to and depend on their parents for direction and guidance with ... well ... everything.

And so the coaches' advice to the parents was: Stay calm and be confident that your son will give his all and do his best at the tryouts, because this will always have a positive impact on him.

2. Your son is an excellent young player.

Each of the coaches we interviewed said that almost every year they end up cutting a player or two who are good enough to play AAA hockey. They said that in some cases the player just isn’t the right fit for their teams. That they have enough skill players and are looking for a player who brings more grit, or vice versa. 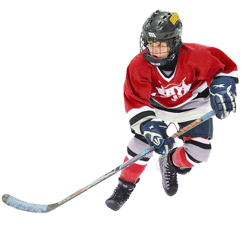 Other times, and very often, they believe that the player just needs another year to develop, and that it’s therefore just a matter of the player continuing to work hard at his game.

And all the coaches emphasized that, although it’s sometimes hard for a youngster (or even a parent) to accept, NOT making their preferred team this season might turn out to be the best thing that could happen to them. And so if it turns out they don’t make their “dream” team, they must not allow themselves to become discouraged over it. The coaches' advice to players in that situation: Keep going and don't stop! 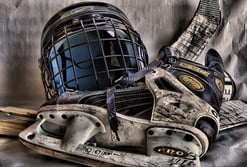 3. Look to place your son in an environment where he'll play a lot.

The fact is that making the AAA team is not always the blessing it might appear to be. Often, not making it will turn out to be the best thing possible for a young player.

Is it better for a young player to be on a super strong team and rarely see the ice in “crucial” situations? Or is it better for him to be a go-to guy on an average, or even a weak, team?

Former NHL star Dave Poulin once told me that virtually all of the NHL players he knew had been, at some point during their youth, the very best player on their team, often because the team was weak.

Poulin himself was a late bloomer and never made a AAA team until midget. And even after a stellar playing career at Notre Dame, no NHL team drafted him. Yet he managed to play 13 NHL seasons anyway, playing in two All-Star games and serving as captain with every organization he played with.

His theory was: Being the big fish in a smaller pond has a way of feeding the soul. If you’re the best player on your team, you get to play in every situation. You are relied upon by your coach and by your teammates. They look to you to carry the day. And even if you’ve never been the guy before, you learn to be the guy by being the guy. 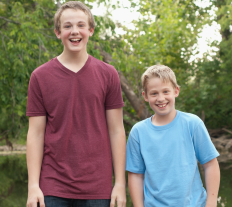 4. Hockey is known for its late bloomers.

Speaking of late bloomers, college and professional sports are filled with athletes who were cut from teams in their youth. Think Michael Jordan. And when it comes to late bloomers, hockey is no exception. As a rule, an early-maturing boy will be bigger, stronger and more aggressive than the other boys. Very often such a boy will be able to dominate his chosen youth sport simply because he is bigger, stronger and more aggressive.

On the other hand, a late maturing boy, because he isn’t yet as big, strong or aggressive as the other boys, will often be more coachable. In other words, he will work harder to refine his skills and listen better to understand the thinking part of the game. He will do this because often it is the only way he can compete effectively. And of course when he finally does reach full maturity, his skills set and mental approach to the game give him the edge.

Every single coach was able to name several kids they'd cut from teams who ultimately developed into fantastic players.

5. Don't expect your child to approach competing as you might today. 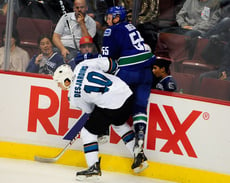 Many parents become frustrated with what they perceive to be a lack of competitive desire in their child. They might, for example, be watching a game and see their son lose a puck battle he could have won, i.e. if only he'd competed harder. The dad might have been a good player himself and remember that he regularly won such puck battles.

But it is virtually impossible for a 12-year old to have a fully matured, adult-like approach to competing. And the dad remembering his own glory days might be remembering when he was 17-years old, and not necessarily when he was 10 or 12 and his own dad was getting frustrated about his lack of competitiveness.

Parents should expect their children to give their best efforts; that's one of the most important lessons that can be learned in youth sports. But they should also regard them as not-yet-fully-developed and still learning to compete.

6. Your child's own "resolve" will be the determining factor in how far he takes his hockey.

As much as a parent might want their child to excel at hockey, it is ultimately only the child’s own resolve that really matters. And such resolve is always synonymous with maturity.

If your child is destined to make the NHL, it is his own resolve, and nothing else, that will get him there. Wishing and hoping will not. It requires a life-changing adjustment, flipping the proverbial switch and then following through on it with persistence and determination.

7. No matter what happens, life goes on.

Not making the team of your dreams this year is not the end of the world. This season is one out of many, none of which can ever totally be “make or break.” Hockey development is the proverbial  marathon and not a sprint. Youngsters who maintain their determination and commitment levels will eventually surpass those who do not. And so finding a good developmental environment is far more important than being on the best team.

Bottom line? As long as your son is on a hockey team, he will continue to be able to play the greatest game on earth. So enjoy hockey, no matter what!

Open Enrollment for the 2019-20 school year at Bridgedale has already begun.

Bridgedale Academy is an all-boys school for athletes, a prep school for serious youth hockey players offering grades 5 through 8 each school year. In addition to our winning combination of sports and academics, we focus on leadership training. We use a classical academic curriculum and our graduates go on to attend some of the most prestigious high schools in the country, including Lake Forest Academy, Culver Military Academy, Shattuck St. Mary’s, Northwood School, Benet Academy, Fenwick Prep, St. Ignatius Prep, Marmion Academy, Latin School and Providence Catholic. We pride ourselves on being the top youth hockey prep school in the nation. Sixteen (16) of our former or current students have already received their NCAA Division 1 college hockey commitments. Three (3) of our graduates competed for USA Hockey’s National Team Development Program. Two (2) now compete for the University of Notre Dame. One just signed his entry-level contract with the NHL New York Islanders. Several Bridgedale grads are now playing junior hockey, including in the USHL, the OHL and the NAHL.