We Believe in Our Son Anthony

Bridgedale has made a huge difference 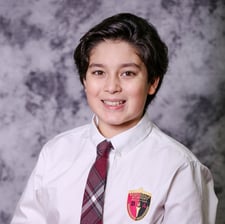 It was early 2016 and we weren't happy with our son Anthony's school. Something was missing and, like for a lot of boys, Anthony just wasn't thriving like we knew he could.

He was really passionate about hockey, and so he was very excited when we told him we were going to Bridgedale Academy's Open House.

It was all so positive. We were able to talk to a number of Bridgedale student-alumni parents. We were very impressed by what they said about Bridgedale's classical academic curriculum.

And of course we loved that Anthony would be able to improve his hockey skills by being on the ice every day.

We knew this would be a good investment after he shadowed at Bridgedale and loved it.

He started Bridgedale in the third trimester of fifth grade and by the following fall we saw significant progress in him both wanting to push himself at school and to challenge himself on the ice to become a stronger and more skilled player. 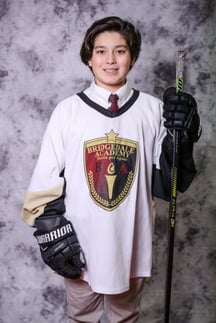 We have been very proud to see him play at more competitive levels during his pee-wee major and now his bantam minor year. We know this has been because of the on-ice and off-ice training he's received at Bridgedale.

When Anthony arrived at Bridgedale as a 5th grader, he told (Bridgedale Academic Dean) Mrs. Di Pauli that his dream high school to attend was Benet Academy, but that he didn't know if he was strong enough academically to get in.

He is now in 8th grade at Bridgedale, and in December he took the entrance exam at Benet. And all his hard work and preparation paid off because he recently received his acceptance letter from Benet.

We are so proud of Anthony that he set and then achieved his goal.

Seeing Anthony excel in both school and hockey is so rewarding.

Bridgedale helped Anthony advance on so many levels, and we are thankful and grateful to Mike and Christina, and the Bridgedale teachers and coaches for motivating our son to success these past 4 years.

The environment at Bridgedale is highly competitive with so many brilliant student-athletes, and has really inspired Anthony to set his sights high.

Thank you Bridgedale Academy from the entire Ostrowski family! 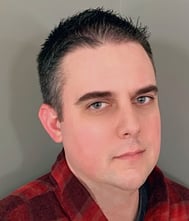 Ryan Ostrowski appears by permission. He is a Research Chemist at INX International Ink Company in Romeoville, IL. His son Anthony is a 8th grader at Bridgedale Academy and plays for the Huskies Hockey Club.

Bridgedale Academy is honored to have Ryan Ostrowski contribute his family's story on our blog page.