An orange is not an apple

What does this have to do with young athletes?

"An orange is not an apple." 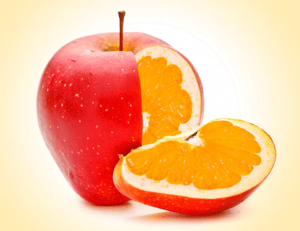 After all, an orange is an orange, and an apple is an apple.

So “what does this have to do with the development of young student-athletes?” you might ask.

It turns out plenty.

Plenty, that is, when the student-athlete keeps trying to convince himself that some things are other than what they actually are.

A thing is what it is.

One of the most common challenges I deal with as Headmaster at Bridgedale Academy, is getting young student-athletes to deal head-on with the realities they face each day.

The capacity for youngsters to evade and contrive, and at times even to deceive themselves, never ceases to amaze me.

Are you working hard?

I wish I had a nickel for every time a young hockey player believed he was working hard at some skill or drill, when it was obvious to even a casual observer that he wasn’t.

And when I beg to disagree, he’ll often dig in (ready to take his argument to the US Supreme Court if need be).

And so at some point I’ll say, 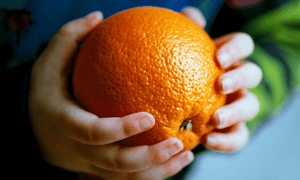 “Look, I might be able to convince you and every other person in the world, including myself, that the orange I’m holding in my hands is actually an apple.

“But that doesn’t change the fact that it’s an orange.

“An untruth is not the truth, no matter how many people you or I can convince otherwise.

“And the reality right now is: you’re not working hard.”

Does this actually work? 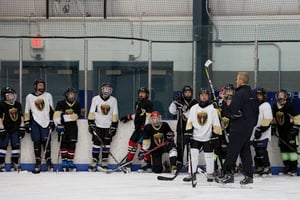 Amazingly, the old “an orange is not an apple” talk does often work … and more often than you might think.

And when it does, I like to flatter myself that this was due to the brilliant irrefutability of my logic.

But more likely, I’ve just so bewildered the boys that they throw up their hands in exasperation and say:

And then they do.