Top 7 Reasons for a Sports Academy like Bridgedale Academy

How about a sports academy for youth athletes that offers a classical education? How about a school for athletic boys that understands and deals straight up with the fact that boys need physical activity, on a daily basis, and that getting that physical activity improves academics?

How about a school for athletic boys that understands that encouraging the development of boys in a competitive environment yields benefits that go beyond sports and academics?

Boys learn better, boys excel, in such an environment. And the benefits can last a lifetime.

So let’s get right to it. Here are my 7 top reasons to attend a sports academy like Bridgedale Academy:

All these factors are at work at Bridgedale Academy, combining to make Bridgedale the perfect environment for young golfers and hockey players (5th through 8th grade levels) to develop both academically and athletically. Let’s look at each of these points separately. 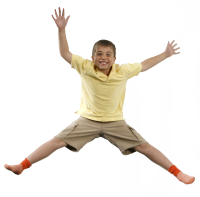 Most young girls can sit still in school and behave themselves like proper young ladies. Young boys need to be able to release their “little boy energy.” This is especially true of active, athletic boys. At Bridgedale Academy, our student-athletes have the daily outlet of our athletic training. This is healthy and positive.

A study out of Finland finds there is a direct link between more physical activity and better academic performance. The study, called Physical Activity May Boost School Performance, notes that this was especially true for boys.

But offering boys an appropriate athletic outlet is precisely what most other schools do NOT do. Many schools either don’t even offer recess, or they strictly limit it, preventing boys from behaving like boys during what little recess they do offer.

There is another interesting article, this one geared toward early childhood development, that also discusses in great detail the different developmental needs of boys as compared to girls, pointing out that these differences show up at a young age where boys demonstrate a deep-seated need for lots of physical activity. You can check out this article at: The Challenges of Boys in Our Early Childhood Programs.

Bridgedale Academy’s academic curriculum is based on the classical curriculum of Hillsdale Academy (Hillsdale, MI). And as the US falls further and further behind other nations in terms of academic achievement, it becomes clearer and clearer that a classical education is simply better for youngsters, i.e. than what today’s “progressive” education system provides.

A classical education is rigorous. It does not leave your child’s development to his own impulses and whims.

In this regard, a classical education works much in the same way that rigorous sports training aids in a child’s athletic performance.

The fact is that classical education is at the very foundation of our western civilization. Yet virtually ALL schools today either downplay or ignore the principles that guide a classical education, things like moral virtue and learning how to become citizens capable of self-government. Many schools today actually reject these principles outright.

To learn more about why a classical education is better, check out Why a Classical Education? for a fuller discussion. 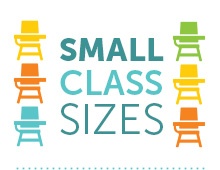 Bridgedale caps its class sizes at 18 students per grade level. Rather than belabor the point again here, see our previous blog The Benefits of Small Class Size to learn why that’s so valuable. Also, check out Does Class Size Matter? by Northwestern University ecomonics professor Dr. Diane Whitmore Schanzenbach.

Bridgedale is an all-boys school. Again, check out another of our prior blogs, Do Boys Learn Better in an All-Boys School?, to learn more about the benefits. 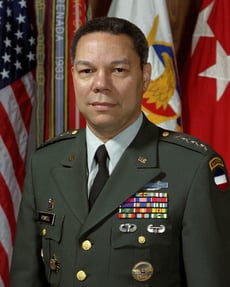 Isn’t this a good thing?

Former 4-Star Army General Colin Powell believes it is. He said: “If you associate with eagles, you will learn how to soar to great heights.” He also cautioned, “You become like those with whom you closely associate - for the good and the bad.” Theses quotes, and more from General Powell on the topic, can be found at GoodReads.com.

But in today’s politically correct education system, a boy’s natural competitiveness is often frowned upon, even discouraged.

And, unfortunately, we are learning on a massive scale that this can be debilitating for boys. See Bias Against Boys in Education to learn more about the fallout from years of our education system discouraging boys from being boys.

A brief anecdote is instructive:

One Bridgedale parent, the dad of a competitive son, tells the story of asking his son why he wanted to leave his prior school to enroll at Bridgedale Academy. “Don’t you like the kids at your school?” he asked.

What the boy meant of course was that his friends from that school were not as dedicated to achieving their goals as he was to achieving his. 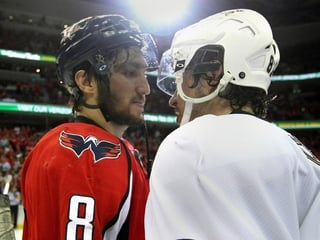 They were not as competitive.

It is well-settled science today that youth athletes are better off if they participate in multiple sports/physical activities before they ultimately choose to specialize in a single sport. For an interesting study on how this translates to a decision-making sport like hockey, see this Study Out of Australia that compares the development of expert decision-making skills in team sports.

At Bridgedale Academy, the entire athlete, the whole person, is developed. The development of general athleticism through participation in other team sport activities is part and parcel of the development process. And the importance of high-quality decision-making is constantly stressed.

See our prior blog Get 36 Weeks of Hockey Camp for a more detailed analysis of skill development in youth hockey players. 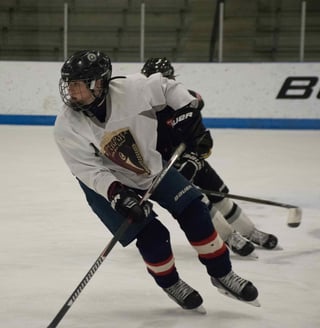 No other sport demands such an intricate interplay of skills between the upper body and the lower body as does hockey. And these are not “natural” skills like running or catching a ball with your hands.

Just take puck handling. The puck slides on ice and must be controlled by a stick below and at a fair distance from your eyes. And while we might call them “hand skills” (i.e. because the stick is controlled by your hands), yet your shoulders, elbows, hips and spine angle must all come into play in executing the skills required to be even a marginal puck handler.

And all these “hand” skills must be executed while simultaneously executing skating skills, at high speeds, while at the same time it is legal for the opposing players to knock you down.

Yet as young players move up the competitive hockey pyramid, pretty much ALL the players have developed their physical skills to a certain level. In other words, it is likely that all the players trying out for a junior team can skate, shoot, puck handle, etc. to some level of proficiency.

This is why the “decision-making” skills are so crucial in hockey.

Decision-making is what separates the great hockey players from the merely good ones. How a player "thinks" the game, i.e. his in-game decision-making skills, ultimately determines how far he will advance in hockey.

At Bridgedale Academy, the athletic and hockey training is overseen and conducted by talented professionals who understand the development process inside and out. They understand the critical importance of teaching the decision-making skills as part and parcel of the training. And this is what they do - on a daily basis.

There is nothing like Bridgedale Academy available in Illinois that combines so many important development opportunities into a single environment.

Developmentally, it is the best option available for the youth hockey player.

Open Enrollment for the 2019-20 school year at Bridgedale has already begun.

Bridgedale Academy is an all-boys school for athletes, a prep school for serious youth golfers and hockey players, offering grades 5 through 8 each school year. In addition to our winning combination of sports and academics, we focus on leadership training. We use a classical academic curriculum and our graduates go on to attend some of the most prestigious high schools in the country, including Lake Forest Academy, Culver Military Academy, Shattuck St. Mary’s, Northwood School, Benet Academy, Fenwick Prep, St. Ignatius Prep, Marmion Academy, Latin School and Providence Catholic. We pride ourselves on being the top youth hockey prep school in the nation and look forward to the same success in golf as we begin admitting golf athletes during the 2019-20 school year. Our hockey successes are many: Eighteen (18) of our former or current students have already received their NCAA Division 1 college hockey commitments, with many more sure to follow soon. Three (3) of our graduates competed for USA Hockey’s National Team Development Program. Two (2) now compete for the University of Notre Dame. One just signed his entry-level contract with the NHL New York Islanders. Several Bridgedale grads are now playing junior hockey, including in the USHL, the OHL and the NAHL.