The last bastion of hope for toughness in America? 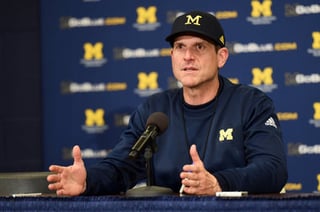 Michigan football coach Jim Harbaugh claimed a few years ago that the sport of football represented “the last bastion of hope for toughness in America in men, in males.” He was explaining why he loved football so much.

Harbaugh was of course then pilloried in the press for being so “insensitive.” But I’m going to give him his due because I understand where he was coming from.

On the other hand, it is simply ridiculous to speak of “toughness in America in men” and exclude hockey players from the conversation.

This blog article looks at Reason #4 why I believe hockey players will save our nation, i.e. the fact that hockey breeds an unusual form of courage in its players.

What about mental toughness?

Now, there is no doubt that football is a tough, physical, even violent sport.

When it comes to the pure physicality and/or violence of the sport, only hockey, rugby, boxing and other combat sports can match up.

But what about mental toughness?

At the highest levels of sports competition, isn’t being mentally tough even more important?

One simply cannot compete at the highest levels of any sport without a correspondingly high level of mental toughness.

And I mean ANY sport. Look no further than Jack Nicklaus in golf or Roger Federer in tennis.

But even mental toughness doesn’t always tell the whole story.

There is also courage.

And while physical and mental toughness usually involve reactions …

Courage is always a decision.

And when it comes to courage, hockey players reign supreme.

Courage is a triumph over fear

We’ve all heard some version of the quote that “courage is not the absence of fear, but the triumph over it.”

A bit corny perhaps, but a true sentiment nonetheless. 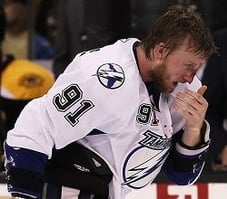 So let’s look at how hockey players triumph over fear.

First, there is always the prospect of getting cut by a stick, puck or skate blade.

There are also the rink’s boards to be checked into. Sort of like cage fighting.

And there is the better than average chance of eventually getting a few teeth knocked out.

Then there are things like blocking shots, taking a hit to make a play, playing through pain, and even dropping the gloves when necessary, e.g. to stand up for a teammate.

These are all things that at some point virtually every hockey player has had to do, and at the higher levels of competition has to do on a regular, even constant basis.

They are all things that require the hockey player to have made a decision.

The decision to be courageous.

[And I haven’t even factored in the goaltenders yet. Suffice it to say that when it comes to the goaltenders, most hockey players think their particular brand of courage borders on crazy.]

The 2013 Stanley Cup Finals pitted the Boston Bruins against the Chicago Blackhawks. The Blackhawks won the grueling series in six games.

And I honestly don’t think I’ve ever seen a more physical, or a more fiercely contested, series.

And that’s saying a lot.

Even though I was rooting for the Hawks, and ecstatic that they won, it was a Bruin’s star player who earned my greatest respect in the series. 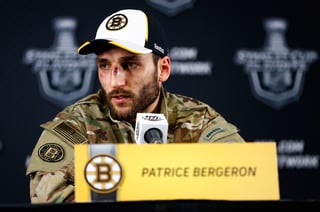 Patrice Bergeron played Game Six of that series with a broken rib, torn cartilage and a separated shoulder.

Now, with those injuries, there is absolutely no way that Patrice Bergeron could possibly have tied his own skates prior to that game.

Or untied them after the game.

So I can imagine this absolute warrior of a hockey player, bloodied and sweating, sitting limply in his locker room stall after the game, while a team manager gingerly helps him remove his skates and protective hockey gear.

To me that personifies hockey.

This “Save our Nation” blog series is based on my belief that we are passing through a critical time in our nation’s history, that the United States of America, as founded, indeed needs saving, and that hockey players can and will do the saving.

And it’s a tall order.

Saving our nation will take courage. It will require overcoming fear and mustering courage.

It will take an unusual generation of Americans to get our nation back on track.

It will require citizens with great strength of character.

The type of strength that comes from humility, respect, honor and courage.

We’ll need leaders, statesmen, professionals and even politicians with these qualities.

And in my opinion, hockey players have the right stuff.

In Part 1 of this blog series, I explained why I believe our nation needs saving.

In Part 2, I discussed Reason #1 why I believe that hockey players have the right stuff to help save our nation, that hockey’s nature as a sport breeds a certain “Humility” in its players.

In Part 3, I analyzed Reason #2, how hockey breeds a unique “Respect” in its players.