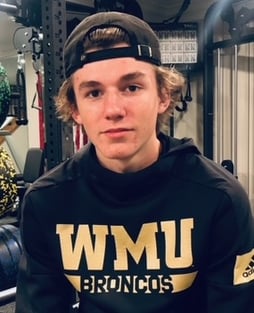 “Zack was able to make the difficult transition from the very talented player who was able to get by on his talent, to the more complete, more mature impact player he now is,” said McPartlin. "His eyes and ears are wide open. He wants to learn and he's made the honest commitment to himself to do what is necessary to become a great player."

"The sky's the limit for Zack,” added McPartlin. “I believe he will be an impact player at Western Michigan, on the ice for sure but also in the locker room as a leader.”

Congratulations to Zack (and his parents Jim and Danielle) on his commitment to Western Michigan University.